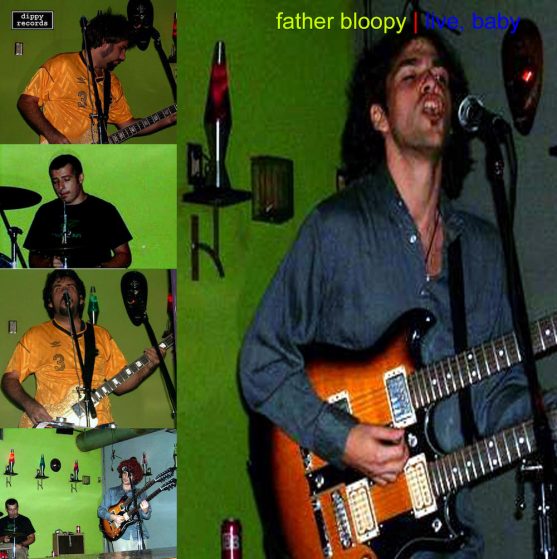 ABOUT THE ALBUM
Father Bloopy, this time around consisting of Dippy veterans Fernando Perdomo & Eric Hernandez, teamed up for an action packed, one-night only performance in Miami Beach’s Purdy Lounge. The exclusive event was held after midnight on a Tuesday night to packed audience of Bloopheads (as they are commonly referred to as). However, many weren’t able to make it prompting Father Bloopy to get Dippy Records to release this album of the show. Once the digital master was gotten a hold of, Bloopy himself took to mastering the CD at great volume and sheer power. The results will blow your speakers away!